Welcome to Our Family Farm

Rosemont is located just near the Virginia and North Carolina border, right beside beautiful Lake Gaston! We invite you to come visit our beautiful early American Style building – enjoy a glass of our award winning wine, savor the views, shop our gift store or browse our extensive local arts and crafts gallery! 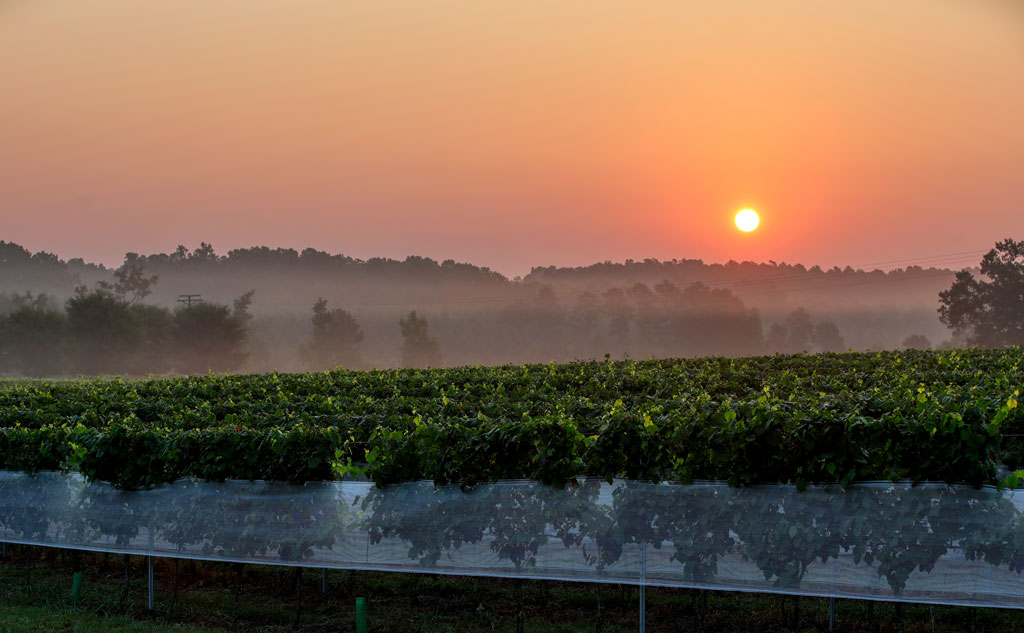 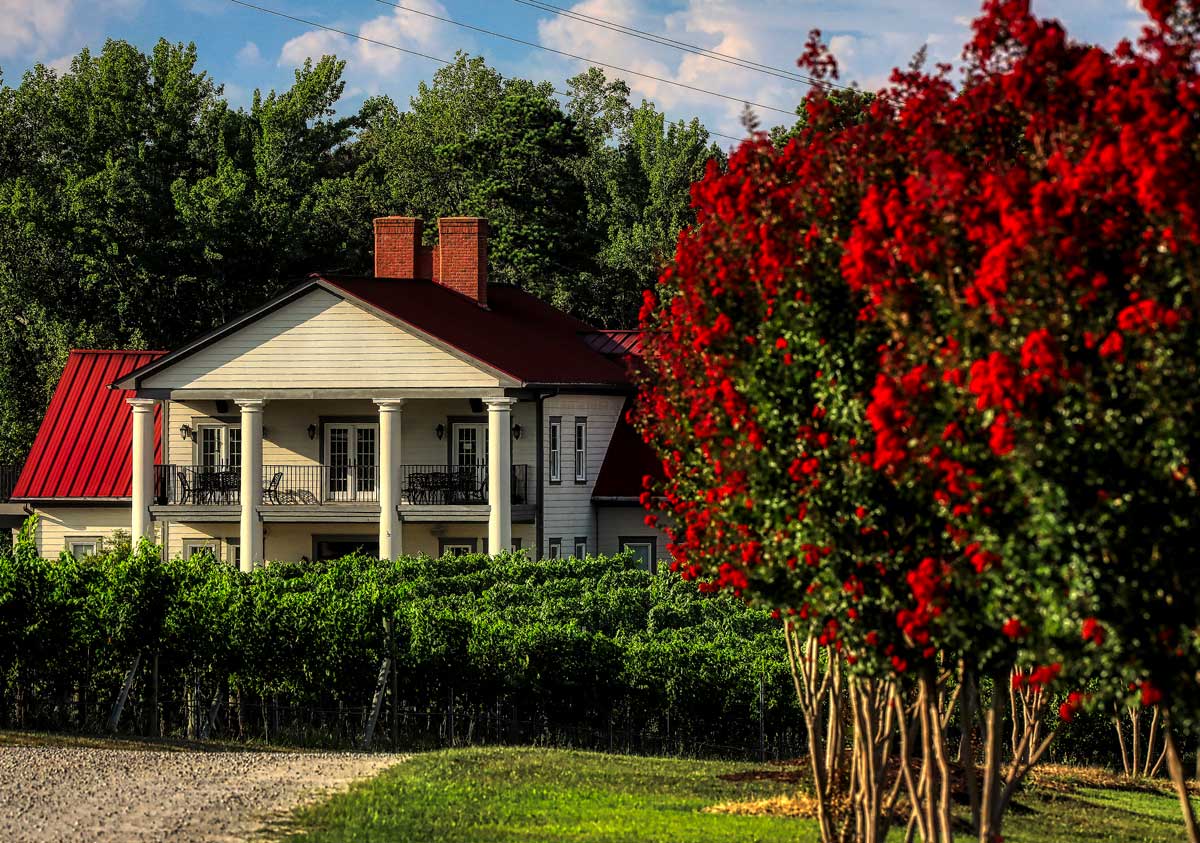 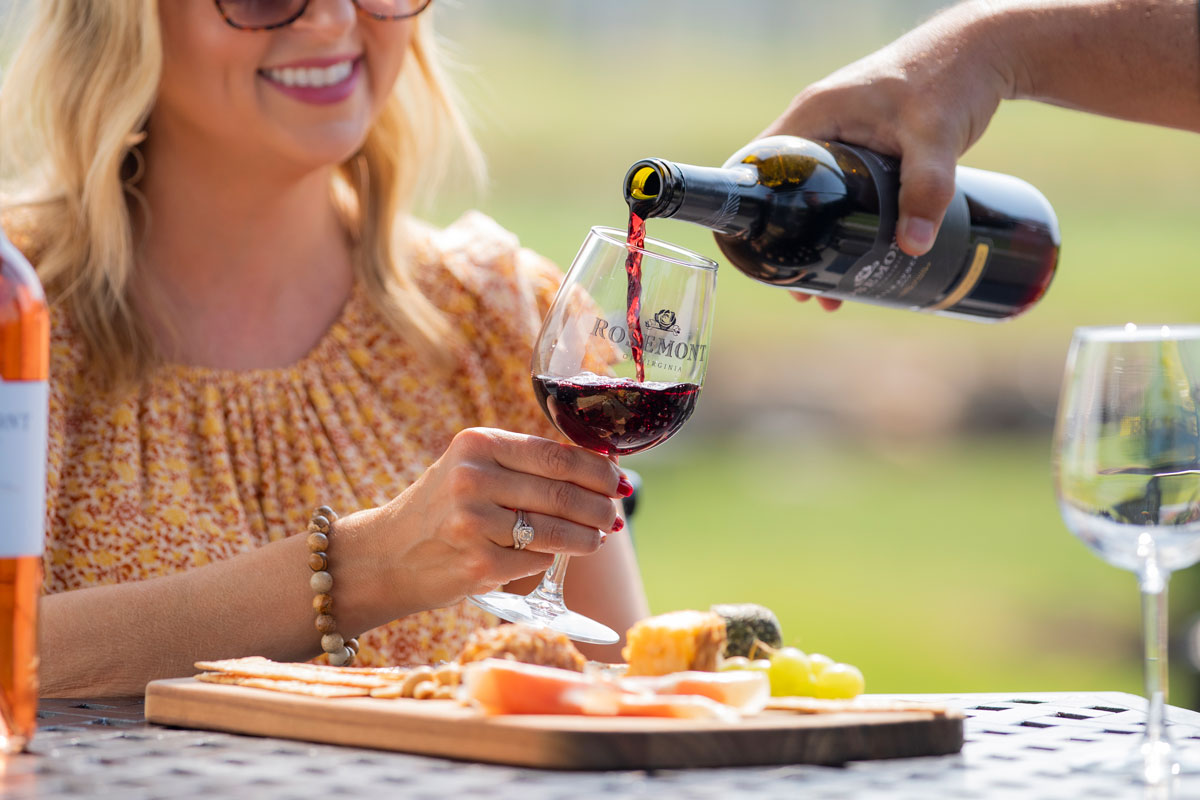 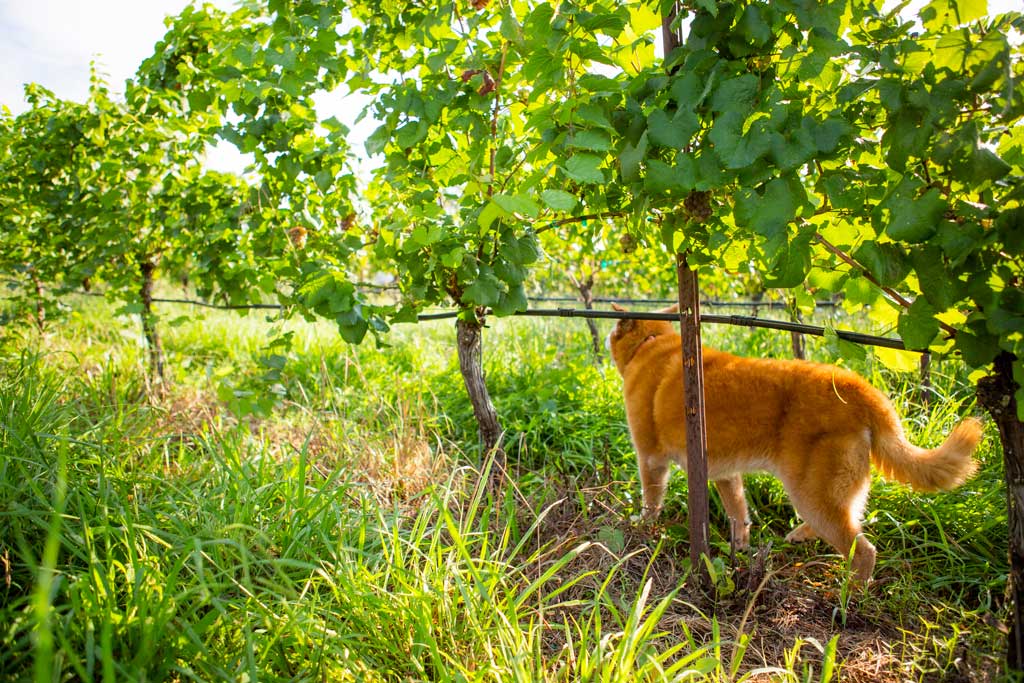 Wine Flights include two-ounce samples of four different wines, and we have multiple options from which to choose! Please note that the last flights of the day will start 30 minutes prior to closing. Make an online reservation today!

The Tasting Room at Rosemont Vineyards is open daily for wine flights, wine by the glass and by the bottle, all year round! Click below to make an online reservation today!

Wine with a view! Our multi-level patio and lawn seating area offers breathtaking views of the vineyard while enjoying your wine.

Our surrounding area is also filled with great local talent, and we are proud to be able to support our local artisans and craftsmen here in our Art Gallery and Gift Shop! Their works of art include oil paintings, acrylics, woodworking, jewelry, photography, and much more, so be sure to take some time and discover the many different talented people around the area during your visit!

We are currently taking reservations to ensure that you receive the best possible experience. They are not required, but are highly recommended, especially on Saturdays. All reservations are for 1 hour and 45 minutes and can be made by clicking here.

Reservations are required for groups of 9 or more, and can be made by calling the winery directly at 434-636-9463.

We welcome your pets both inside and outside of the winery. All pets must be on a leash and friendly towards other people and pets. If your pet isn’t friendly, please leave them at home as we do have a roaming winery dog, Madison, who enjoys playing with new friends when they come to visit!

We do not have a restaurant but we do offer pre-packaged meats, cheeses, crackers, peanuts, and more. You are more than welcome to bring your own picnics, but VA ABC laws do not permit any outside alcohol on the premises. Those found with outside alcohol will be asked to leave immediately.

After a successful career in real estate, Rick Newnham concluded life was too short not to live on a lake. Today Rosemont’s Tasting Room Manager resides on lovely Lake Gaston with his wife, Mary.

Rick is a native of upstate New York but aspirations to be a professional golfer played into his decision to attend North Carolina State. “I needed more than a few months of seasonal weather,” he says. He struggled to qualify for main PGA events, though he was able to place in a World One-Club Championship after shooting a 73 using only a 6-iron.

“That was my claim to fame,” says Rick, a former PGA Club Pro at Raleigh Country Club. “It’s such a difficult game to get good at.” Four years in, he suffered a significant sprain to his left thumb that moved him in a new professional direction.

Rick fell into real estate, and multiple times he was named sales agent of the year, relying on strong customer service skills that allowed him to excel at new home sales and construction.” I never wanted to come across as a salesperson, so I do conversational selling,” he says. “That translates well for the winery. I just enjoy talking to people.”

Rick and Mary were Wine Club members at Rosemont, and one day after a chocolate and wine pairing event, he inquired about a job. “A few weeks later, I was on the schedule,” he says.

Rick started at Rosemont in 2016, thinking the part-time position would help him land some real estate leads. But he became increasingly interested in wine to answer questions that he’d often receive from guests.

“I wanted to be smarter about wine,” Rick says. “Someone would ask about the Traminette, and I’d research where the grape came from and who the parent is. I put myself through a training program I created that we use today.”

Today at Rosemont, Rick can speak on every aspect of the winery, from the grape varietals and history of the vineyard to the varied wine selection that pleases even the finickiest palate. He transitioned from Tasting Room Ambassador to his current role in management, where he handles operations and works with local artists, vendors and crafters in addition to visitors.

“I always try to make everyone feel welcome when they’re here,” he says. “I try to gauge what they’re interested in and how much interaction they want and go from there.”

Rick and Mary have been married 17 years; ask him and he’ll tell you the exact number of days, as it’s a count the couple tracks on a white board at home. During their free time, you’ll most likely find the Newnhams on their pontoon boat or jet skiing. Rick also dabbles in photography, and often snaps photos of the vineyards as they evolve with the seasons.

Rick and Mary share their lake house with two dogs, MaddyRose, a border terrier, and Gracie, a pug. 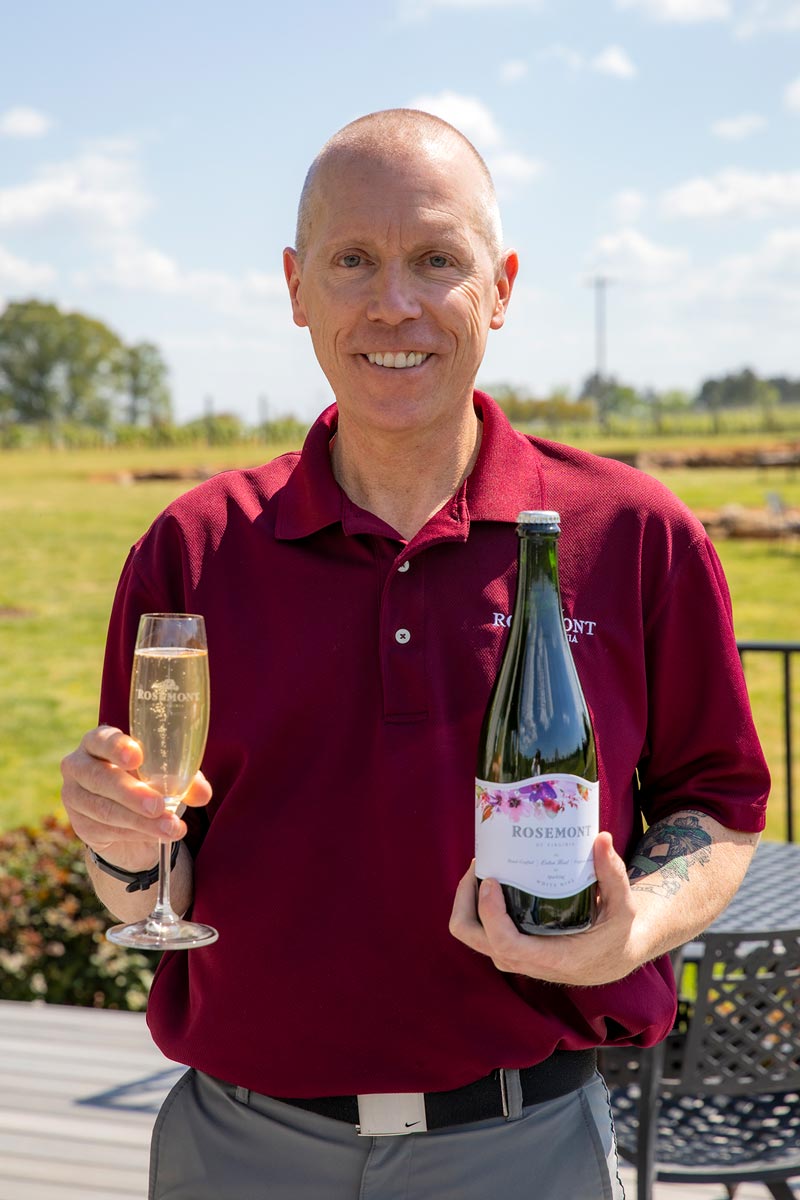