The 450 acres that make up the Rosemont Estate has been in the Rose Family since 1858, with the home place actually dating back to the mid-1700s.

Over generations, our farming operations have included vegetable farming, a peach orchard, beef cattle, dairy farming, and commodity crops such as hay, tobacco, corn, and soybeans. 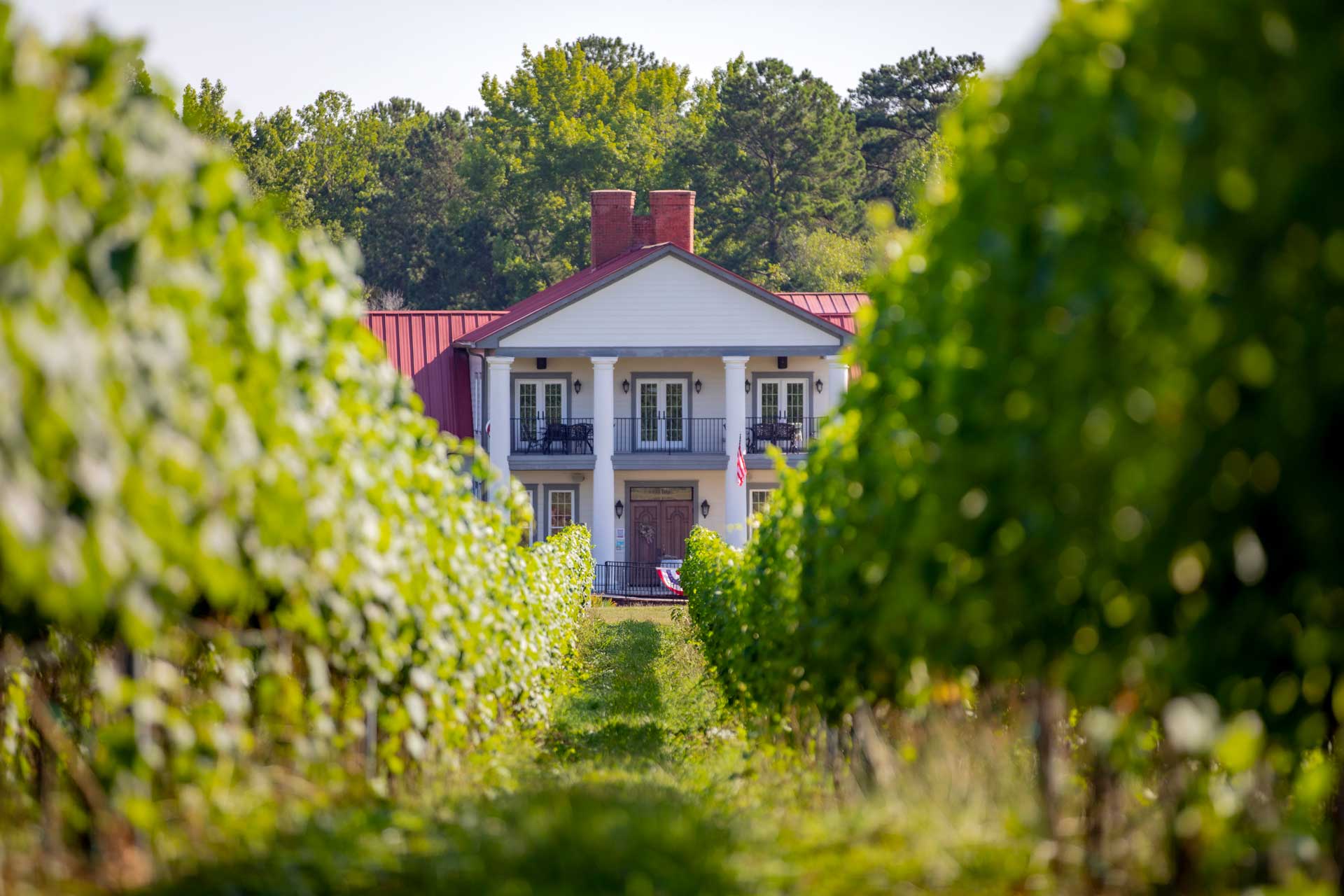 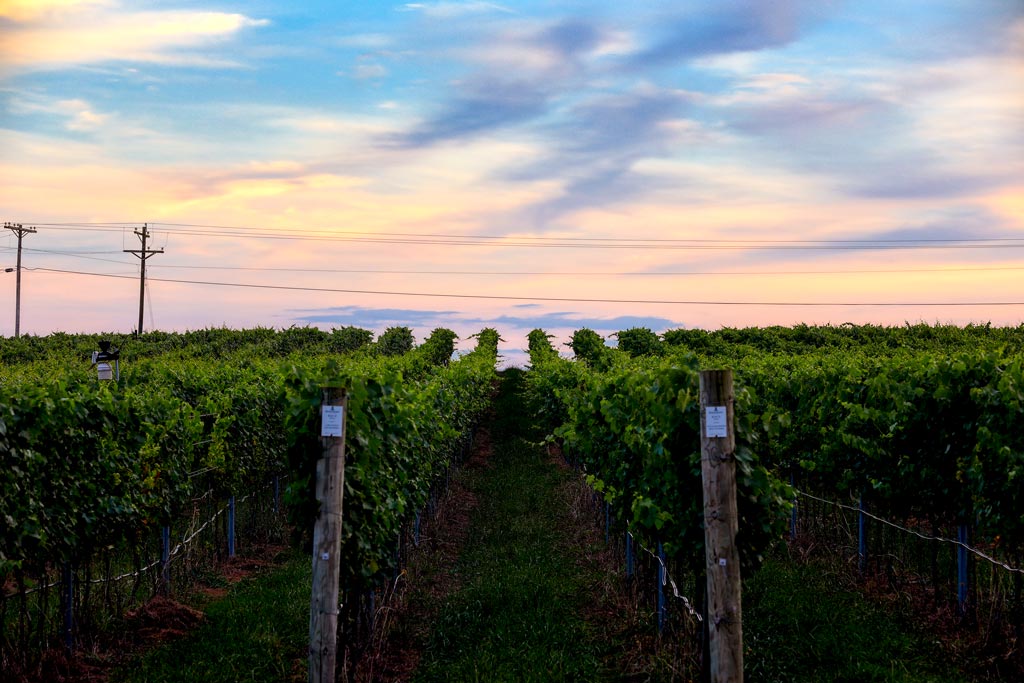 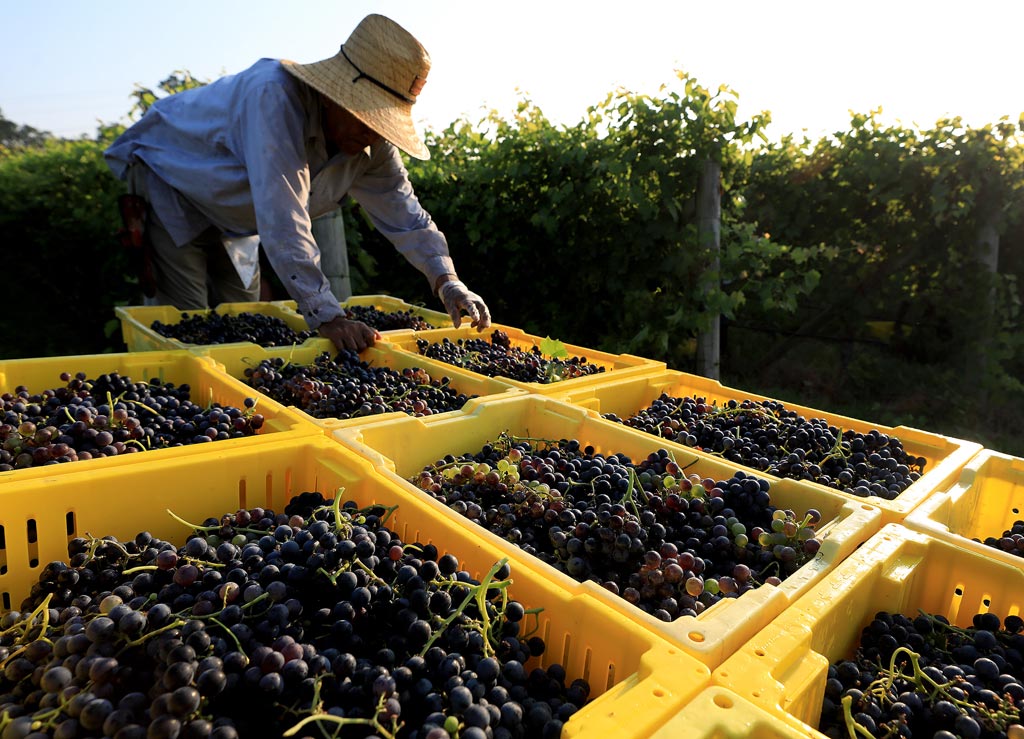 In 2003 we continued the journey as stewards of the land, planting over 32,000 grapevines across 22 acres.

Construction of the Winery began in November of 2006, with a beautiful early American style building that houses a state of the art gravity-flow wine production facility underground and in 2007 we produced our first in-house vintage.

Since then, we have expanded our vineyard to just over 26 acres, and grow 14 different varietals including Cabernet Franc, Petit Verdot, Tannat, Merlot, Chardonel, and Chambourcin to name a few.

You’ll discover that we combine our knowledge of this land with modern winemaking techniques to produce premium handcrafted wines, all of which are 100% estate-grown, produced, and bottled on our estate. Being involved in every aspect of winemaking, from bud break to harvest to bottling, allows us to produce wines of the greatest quality that showcase this great Virginia terroir.

Stephen Rose embraces continuing his family’s legacy on the 450 acres that make up Rosemont of Virginia in Lacrosse, Virginia, land passed down through generations dating back to 1858.

“When I grew up there was nothing here,” Stephen says. “Now our family has been here 165 years and hopefully we’ll be here another 165 years with Rosemont Winery.”

Growing up alongside three brothers, Stephen rarely had idle time as the son of a dairy farmer. The saxophone he learned to play in fifth grade offered occasional respite from farm life chores that organized most of his days along with school.

As the rare 8-year-old who could bake a German chocolate cake from scratch, Stephen flirted with the idea of culinary school, but chose chemical engineering at the University of Virginia. Junior year recognition for outstanding achievement caught the eye of Dow Chemical, where he was hired after graduation, the start of his 28-year career there.

Stephen attended Park View High School with Chandra McDowell, but it wasn’t until his sophomore year of college that he grew smitten after seeing her picture in the South Hill Enterprise. They first connected when he subbed in as her doubles partner in tennis.

“She clocked me on the back of the head with a serve, and I haven’t been the same since,” Stephen likes to say.

They dated for the remainder of their college years — she attended James Madison University, a familiar trek for Stephen’s powder blue Volkswagen Beetle “I’d get my Beetle over Afton Mountain and glide down,” he recalls.

Stephen and Chandra married in May 1976 and started their new life in Freeport, Texas — the first in series of moves. The Roses — who have two children, Justin and Kirstin — lived in New Jersey, Ohio, Kentucky and Michigan twice as Stephen transitioned to multiple roles with Dow.

Nearing the age of 50, Stephen found himself at a crossroads. He was burned out and experiencing depression — an illness he talks about openly to destigmatize it. It was February 1, 1999, and Chandra suggested he return home to reflect.

Back in Virginia, a place Stephen couldn’t wait to leave in his 20s, he found a new purpose. Generations of his family had been stewards of the land surrounding the Rosemont estate. Vegetables, peaches, dairy and commodity crops had thrived there over the years.

He believed a vineyard and a winery could, too. The proximity to Interstate 85 and Lake Gaston held promise for tourists, retirees with second homes and motorists passing through.

“I realized I needed to dream,” Stephen says. “I needed one more mountain to climb and wanted to create my own mountain.”

Back then, Virginia wine was getting juicier by the year with grape production increasing annually. But it was still an industry in its early stages and unheralded nationally. Stephen immersed himself in data and developed a plan. A meeting with Northern Neck viticulturalist Lucie Morton — who still advises Rosemont today — confirmed that his research about climate, soil and grapes was on solid ground. The clay-based soil that retained moisture, a fickle climate, and predators native to the area posed challenges, but Stephen was confident the venture would work.

“We jumped in with both feet,” he said.

The first 10 acres of grapes were planted in 2003 on the Route 626 site followed by 10 more acres in 2004. His brother, Gray, signed on as vineyard manager, and Stephen continued to work at Dow, jetting regularly between Michigan and Virginia until the vineyards matured. A morning announcement about Dow downsizing led to his early retirement that afternoon.

“We came back home for good,” he says. “We moved around so much, but this was always home. This was our anchor.”

Stephen went to work designing the winery, intent to make it more like a home than a business and continued to explore grape varietals that would work at Rosemont. “I called us one big experiment,” he says.

Stephen’s engineering background gave him the confidence to invest in a trencher to lay out the rows for the grapevines. He dug 20 miles of trenches and mixed the soil together with additional nutrients.

“It took a month,” he says. “We still do it today. We also planted our plants by hand because the soil is really loose.”

Rosemont needed a winemaker, and by then Justin had graduated from the University of Virginia and studied enology at Napa Valley College He returned in time to make Rosemont’s first vintage in 2007.

Bottling the first wine, a Traminette, was a milestone moment that coincided with the 150th anniversary of the Rose family on the land. Production stopped for a moment to celebrate the first label. While Stephen felt Rosemont was on the right path, winning a Gold Medal from the Governor’s Cup, Virginia’s most stringent competition, validated that.

Rosemont’s signature red, Kilravock won the top honor in 2010. The name is derived from the family castle where his ancestors originated.

While Stephen talks of retiring, he remains a fixture today on his tractor in the Rosemont vineyards. He feels blessed to have started a family business that continues to grow and credits Chandra for taking care of the future generation.

“It all worked out,” he says. “It’s rewarding. Whenever I gave tours, I would talk with the young people and tell them it’s important to have careers that bring security, but it’s also important to have dreams that bring balance to life. Making wine is all about balance and life is about choosing some kind of balance.

“Slow down. Take time. Smell the roses. And the wine, of course.”

Chandra Rose likes to say that things have a way of working out — a mindset that helped her navigate multiple moves with Stephen and their two children. But the truth is Chandra’s knack for making life work is testament to her ability to cultivate happiness for her and her family no matter the address.

Chandra was born in South Hill, Virginia, but learned to live everywhere. She grew up loving Sunday visits to both grandparents’ homes after church and enjoyed working summer children’s camps. She earned a Bachelor of Science in Early Childhood Education at James Madison University.

Chandra and Stephen Rose shared high school classes but didn’t date until their sophomore year of college. They were engaged by Christmas of their senior year and married that May. An immediate move to Freeport, Texas followed after Stephen was offered a job by Dow Chemical.

Chandra was a kindergarten and substitute teacher in Texas until Justin was born followed by Kirstin a little more than three years later. Justin was only 2 when the Roses embarked on what became a series of moves to multiple states.

“As we moved, I felt like my job became moving us,” Chandra says. “We made it an adventure every time, and it all worked out. Every place we moved, I found a new community, volunteered with a new school and taught Sunday school or joined different church committees.”

The family lived in Michigan twice, New Jersey, Ohio and Kentucky in addition to those early years in Texas.

Justin’s athletic schedule as a youngster kept Chandra hopping. She was both cheerleader and chauffer at his soccer and basketball games and was the same for Kirstin, who favored gymnastics and dance.

It was Chandra who suggested Stephen return home to Virginia to consider a career change, and when his dream became growing a vineyard and building a winery, that also became Chandra’s. In Rosemont’s formative years, she remained in Michigan with the children while Stephen traveled back and forth.

Initially, Chandra helped in the vineyard picking and processing grapes.  When the winery first opened, she managed the tasting room for a while and helped handle the first of the weddings and events held at the winery.  Today, she assists the winery with housekeeping and delivers Rosemont wine to various business location in the state.  Chandra now truly enjoys having more time to share with her four amazing grandchildren: Jake (9), Taylor (7), Olivia (6), and Riley (2).

Like all of the Roses, Chandra will agree that a family business poses challenges, but it’s heartwarming to have all of her family so close, including Kirstin who lives in Richmond.

Chandra says, “I am so thankful for everyone who has helped us realize this dream.  We’ve had phenomenal support and growth.  We have a great, knowledgeable, and caring winery staff; a special, dedicated, and hardworking vineyard crew; and our very talented Justin and Aubrey. I do wholeheartedly believe in this family business!” 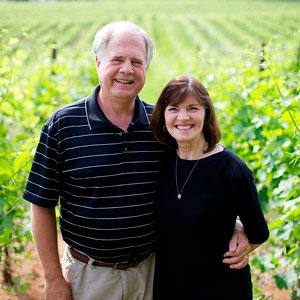