At Rosemont, we produce all different styles of wine, from the classic Bordeaux varietals to dry, crisp whites and sweet wines.  You can currently purchase our wines through our site if you will be shipping to VA, NC, MD, DC, NY, FL, MI or CA.  If you wish to ship to an alternate state, please give us a call and we would be happy to help you! 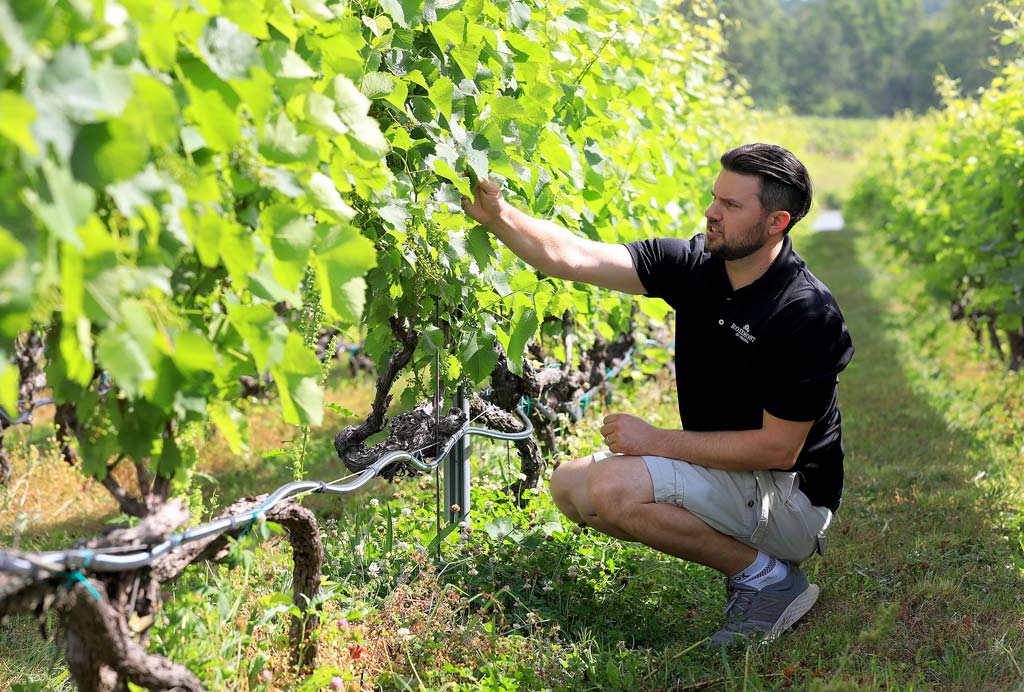 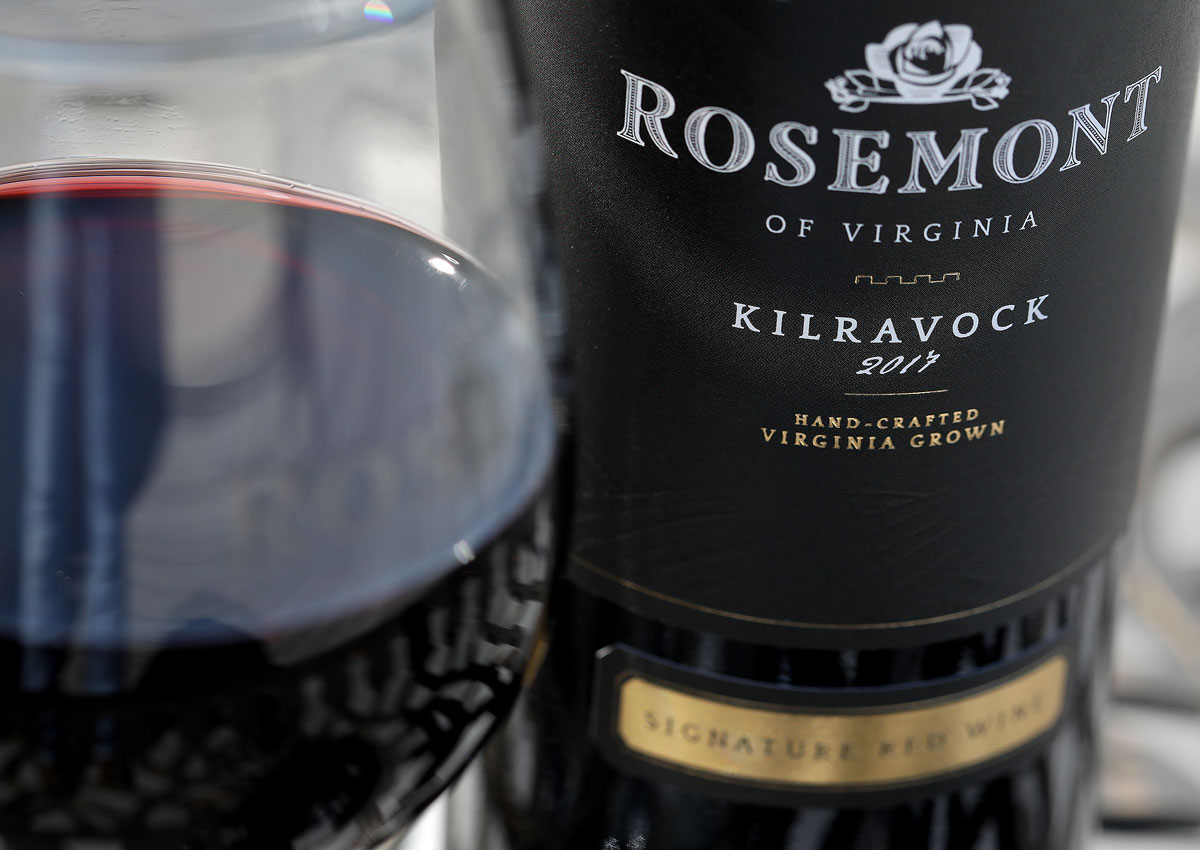 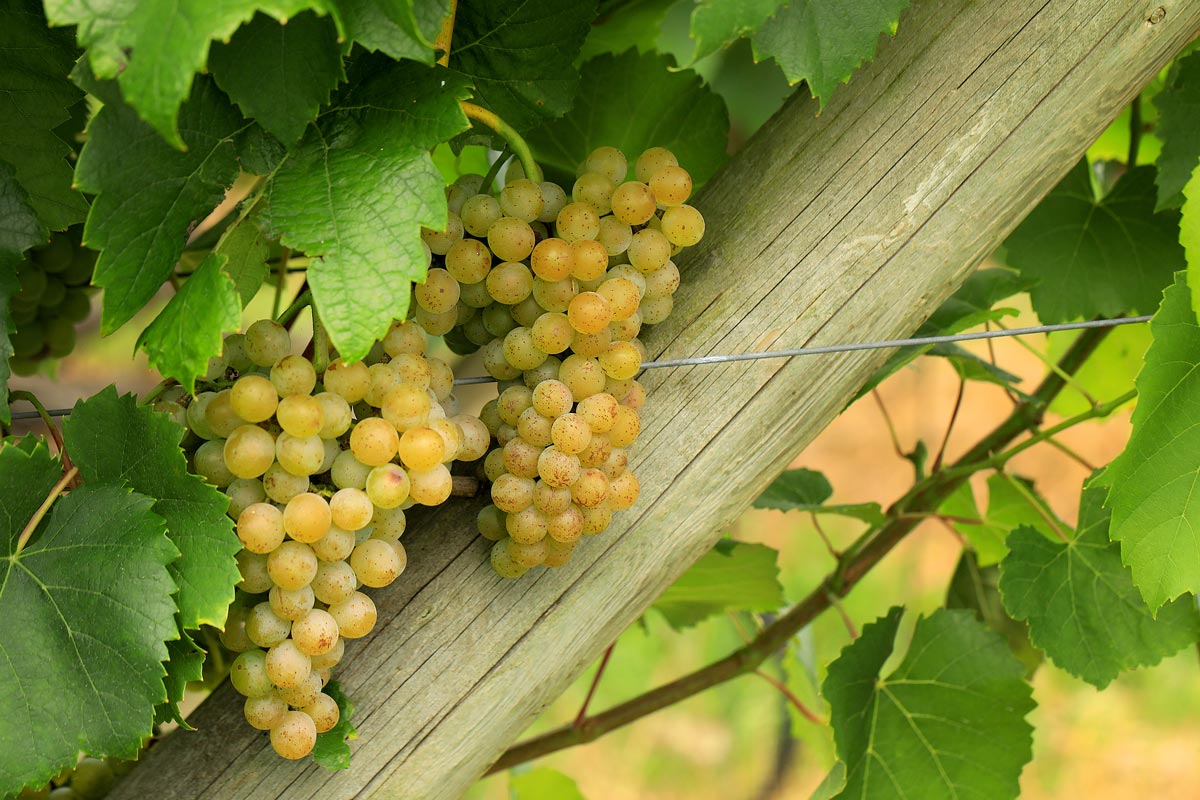 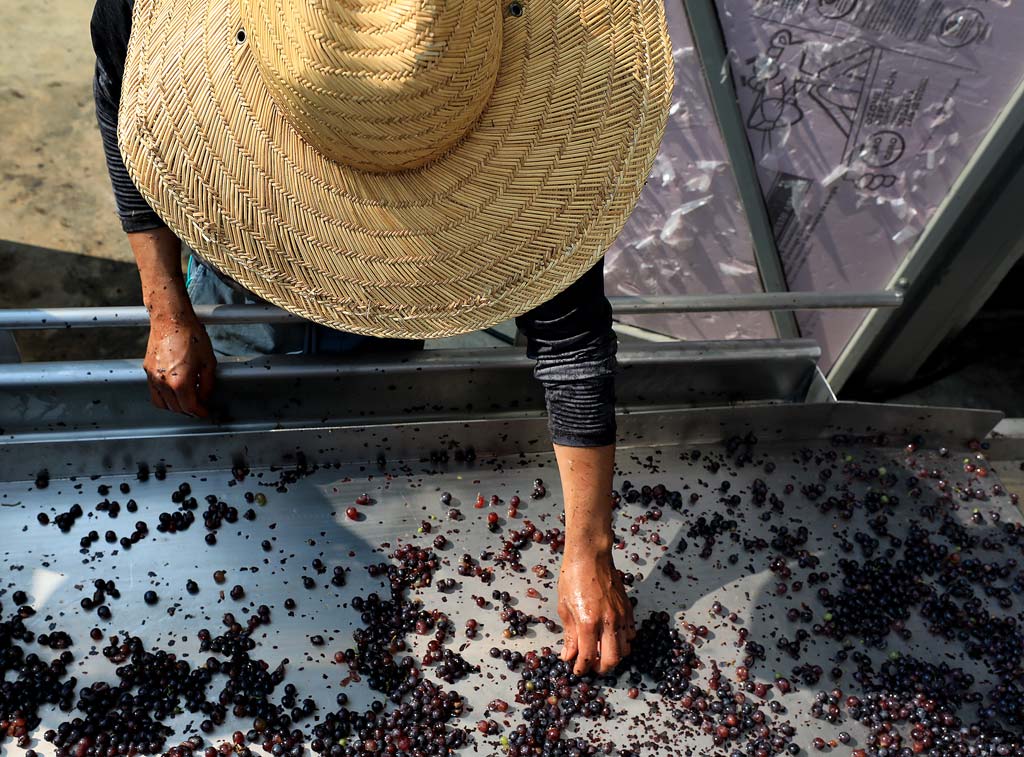 As the son of Stephen and Chandra Rose, Justin Rose moved often growing up, but his parents’ roots in southcentral Virginia made the place that today is Rosemont Winery a family anchor.

“We were always coming back here for something, no matter where else we lived,” he says.

Justin was an all-around athlete who favored soccer and starred on traveling and high school teams when he was younger.

By attending University of Virginia, Justin found an agreeable combination — an elite engineering school that includes a competitive club soccer program. He majored in chemical engineering with a plan to pursue pharmaceutical research.

During Justin’s time in Charlottesville, his father’s dreams of opening a winery on the family land near Lake Gaston were in the formative stages. Justin spent summer breaks working in the vineyard and cleaning out old hay barns on the property he visited often over the years with his cousins.

His junior year of college called for him to choose a thesis topic, and Justin didn’t need to think long. While the micro-optimization of wine sounds daunting to research, Justin had grown fascinated by the chemistry involved in producing optimal red wine.

“We had grapes growing in the vineyard at that time,” he says. “I had helped with the young plants. That sparked the idea.”

A trip to Napa Valley with Rosemont viticulturist Lucie Morton introduced Justin to the idea of turning winemaking into a career. It was in Napa that he met with legendary vintner John Caldwell, in the early stages of opening Caldwell Vineyards there.

“I stayed an extra three weeks in an old schoolhouse that John had just fixed up with running water and electricity,” Justin says. “I worked the harvest at his place and other places. I worked for free and got paid in wine.”

As prestigious as his chemical engineering degree was, the University of Virginia grad knew he needed further education about winemaking and found it as a community college student. Napa Valley College has a viticulture teaching winery on its campus. Justin’s background allowed him to complete the two-year Viticulture and Winery Technology program in 10 months — a feat that involved balancing Intro to Winemaking and Advanced Winemaking courses in the same semester.

An internship with O’Shaughnessy Estate Winery offered more hands-on training from harvest to bottling. By then, “My dad had started building the winery, and I knew I was coming back to be the winemaker,” says Justin, who estimates having tasted 3,000 wines during that time.

That first Rosemont vintage, in 2007, made for perfect wine given the ideal hot and dry growing conditions that mimicked Napa. Today Justin is responsible for Rosemont’s nearly 7,000 annual case production, and his wine has received accolades, from a Best in Show at the Atlantic Seaboard Wine Competition for the 2007 Meritage to the Virginia Governor’s Cup Gold Medal for the 2017 Cabernet Franc. In 2020, his peers voted him Virginia Wine Person of the Year. He is a former president of the Virginia Wineries Association.

Currently, Justin continues to be drawn to the idea of improving blends and the process that goes along with experimenting with different varietals that showcase the Virginia terroir. While he appreciates the awards, “I have ultimate joy when our wine is in the bottle and I see people’s reactions to it,” he says. “We have so many Wine Club members who enjoy the product we’re putting out there.”

Justin married Aubrey Wineholt in 2009; the pair met in college but didn’t start dating until two years after graduating. He was thrilled when she joined him at Rosemont, where she is Director of Marketing & Sales.

“Working with Aubrey has always been fantastic,” he says. “We have many of the same ideas.”

Justin and Aubrey have two children, Jake born in 2012, and Taylor, born in 2015. Jake especially enjoys accompanying his dad to work, itching for the day when he’s old enough to drive a forklift and help more in the vineyards.

“Jake gets mad if we bottle sparkling wine without him,” Justin says.

In those rare free times, Justin coaches youth soccer and is active on the board at the school Jake and Taylor attend. The family enjoys Lake Gaston and being outdoors together.

It has been heartwarming for Justin to see Rosemont grow into a regular destination for locals and tourists alike. Its annual events, including a Summer Concert Series, have become traditions drawing hundreds to the 450 acres that make up Rosemont Estate.

“It’s been really cool to see the communal aspect of the winery,” Justin says. “We’re building something that hopefully we can keep building on for generations.” 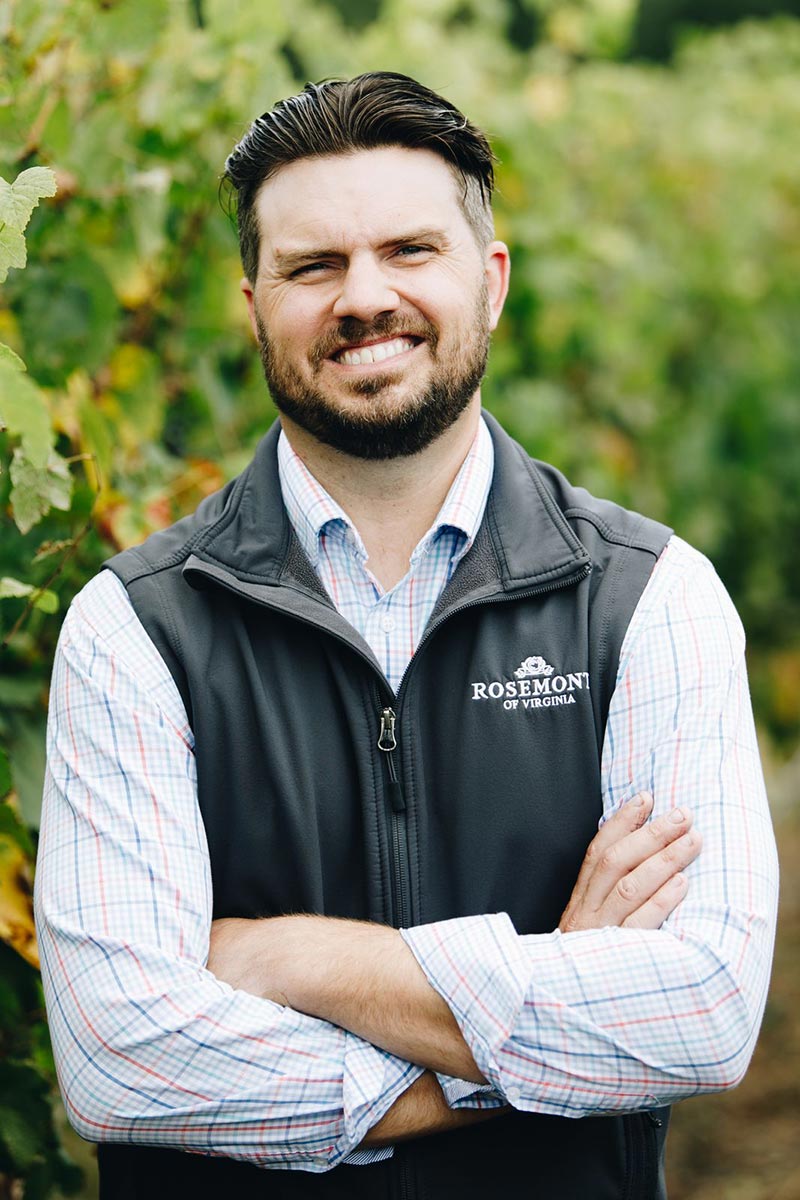